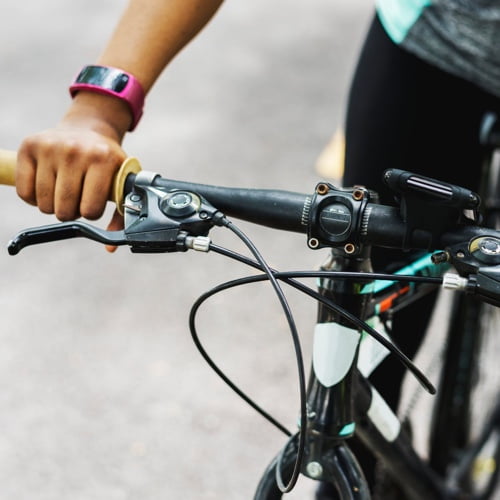 1047 people surveyed in the United States

The insurance industry has been pouring money into innovations for the past few years, like John Hancock’s “interactive policies” and Vitality program. Though as the industry grows and changes, it becomes even more imperative to understand who wants these insurance innovations.

With these concerns in mind, True Blue Life Insurance conducted a survey of 1000 respondents in October of 2018. The focus of this survey was to find out which demographic would be the ideal target for insurance products like John Hancock’s Vitality Program.

What we ultimately found was that the 18-24 demographic was the most comfortable with the parameters of these “interactive policies.” Interestingly enough, they are also the demographic least likely to purchase life insurance. Read on to find out more in our detailed findings:

Would you be willing to have your life insurance premiums fluctuate based on the results of your yearly physical?

A key part of John Hancock’s Vitality program is that users’ premiums can fluctuate based on the fitness data being provided. For example, if you’ve been exercising regularly and eating healthy, that sort of data would bring your premium down, while a lack of exercise or noted improvement in health could drive them up.

The response to this question is where our data shows that consumers may not be super receptive to this trend. Respondents were opposed to the idea of having their premiums or rates change based on the results of their yearly physical. It brings up the idea that insurance consumers want the benefit of the doubt when it comes to their coverage, knowing that life often gets in the way with their best intentions.

It’s also worth noting that John Hancock’s Vitality program was voluntary, up until September 2018 when they made it a standard aspect of all of their life insurance policies, turning them into “interactive policies.” While they do also offer an option to opt out of sharing fitness data, the results from this question make it pretty clear that this decision may have been a bit too soon regarding what consumers want from an “interactive” life insurance policy.

Would you be willing to wear a fitness tracker and submit reports to insurance companies if it means potentially receiving a better premium?

These results are the biggest red flag regarding innovations involving fitness tracking wearables. This question shows that a substantial majority of respondents aren’t comfortable submitting fitness information under the circumstances that John Hancock’s Vitality program operates.

These results get at the overarching idea that the general public is suspicious about sharing deeply personal and sensitive information about themselves with insurance companies. Critics of John Hancock’s Vitality program noted that, on the surface, it had underlying dystopian implications. This is especially true if the fitness information they were collecting fell into the wrong hands. Though, in their transition to making these policies standard issue, John Hancock has taken precautions to make sure they are protecting this information.

If you had to choose one, what background information source would you be most comfortable sharing with insurance companies to use when setting your rates/premiums?

With the knowledge that sharing sensitive data is something respondents are already not receptive to, it’s important to find out what information they would be most likely to provide if required.

The two most popular options were financial history and fitness/health tracking data. But, depending on the demographic, the option that won out fluctuates quite a bit. A majority of the 18-24 demographic was the most comfortable sharing their fitness tracking data, while respondents over the age of 25 were instead more comfortable sharing their financial history.

As we set out to find out what market to target for the new John Hancock Vitality Term Insurance Program, we discovered that the 18-24 demographic not only are more likely to utilize such technology, they are also the market who are the least likely to purchase life insurance in general. It is important to note that when compared to other demographics, Millennials and Gen Z respondents seemed to be the most receptive to the idea of integrating technology and insurance to receive a more balanced assessment of their overall risk.

Considering current insurtech trends similar to John Hancock’s Vitality program that relies on data sourced from fitness tracking wearables such as an Apple Watch or Fitbit, future advancements may have a similar response of reaching the least profitable market initially and making them lucrative targets for these “interactive policies” as they grow up.

Allstate Life Insurance
Scroll to top
The time to get insured is now!
We make buying life insurance easy. It’s our job.
Get a Quote