For over 85 years, Allstate has established a respectable reputation for itself.

Allstate originated in 1930 when founder Carl Odell got the idea to ask his friend and then Chairman General of Sears, Roebuck, and Company, Robert E. Wood about selling insurance. The idea was to bring forward service and quality in the line of auto insurance. In its initial years, Allstate was limited to providing auto insurance as its staple product. Determination and excellent service contributed to its steady growth over the years.

As Allstate Life Insurance expanded in size, it made significant revolutionary moves that were later adopted as the norm industry-wide.
With Sears backing it up, Allstate was one of the first insurance agencies to offer a unique auto-classification system that provided better insurance rates to drivers which were considered to be safe.

Another example of a successful, bold move by Allstate came in World War II. As the country faced a dearth of men who were overseas fighting the war, Allstate began training women as insurance agents on a large scale. Bolstered by such moves, Allstate expanded its line of products to include providing fire insurance in 1954 and home and life insurance in 1957. The company kept adding to its list of offered products over time as the company grew, such as auto, renters, motorcycle insurance.

Much of Allstate’s goodwill can be accredited to its services in social welfare. Allstate agents and full-time employees are backed by the company-maintained catastrophe response team to help all across the United States.

In the early 70’s, Allstate solely converted its business model to cater to insurances and by 1991 it went public in the New York Stock Exchange (NYSE) with the ticker ‘ALL.’

Higher priced than many others

Allstate is a giant in the insurance industry, and for a good reason. As it offers such a variety of products, Allstate gives you the option to save money on buying another policy if you already have one. However, stand-alone life insurance policies tend to be more expensive when compared to some of the other options on the market.

No quote without personal information

If you want to shop for life insurance with Allstate, you are required to enter your personal contact information online in order to get more information on their products. This means your information is passed to local agents who will call you regularly to solicit and try to get your business. This method used by insurance companies is merely a lead generation tactic.

A financially strong company is capable of surviving any unforeseen circumstances in the business world and at worst, pay off its stakeholders in the case of liquidation.

Independent rating agencies verify the stability and strength of a company’s financial metrics through rigorous testing and verification of numerical accuracy and physical assets.

Allstate also boasts a Comdex score of 86 – which is an amalgamation of the financial scores plot against 100. It places Allstate among the very elite of American Insurance industry.

Allstate’s financial prowess also reflects in their financial figures. In 2017 alone, their assets totaled a mammoth $125 billion. Backed by a rich tradition of catering to their customers wholeheartedly, Allstate provides insurance solutions to 16 million policyholders. With over 70,000 employees, Allstate looks set to grow further.

Run one quote to compare your Allstate quote to 60 other carriers. Finding you the best rate is our goal. 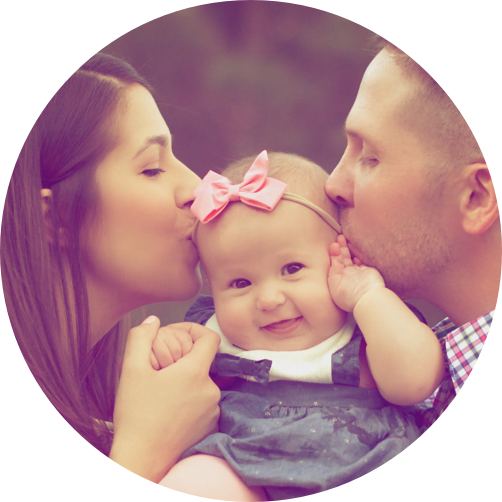 The Basic Term Life comes with a 15-year term plan, granted that the premiums are paid punctually.
As the industry standard, Allstate Life Insurance Basic Term Life offers level premium and a level coverage for the entirety of the insurance policy term.
This plan waives off the prerequisite of having a medical exam as a part of the approval process and has multiple coverage amounts ranging from $50,000 to $150,000. This is an advantage for people that suffer from adverse health conditions and people who want their life insurance policy to be quickly issued.

Allstate Life Insurance TrueFit is their custom designed term life insurance product that offers 10 years and 30-year term life coverage. The difference between Basic Term Life and TrueLife Term Life is that TrueLife offers variations as per the policyholders need throughout the life of the policy.

The premium can be altered as well as riders can be added to the policy later in the term – assisting the policyholder to protect their insurance.

The premium can be altered as well as riders can be added to the policy later in the term – assisting the policyholder to protect their insurance.

The growth is possible through investment in marked indices and equity vehicles. However, while such a policy offers a potentially higher growth, it can also cause an upset in adverse market conditions.

Allstate offers a wide variety of products apart from life insurance. Such as:

Also, the company also offers additional products and services such as retirement planning and investments.

World Financial Group
Scroll to top
The time to get insured is now!
We make buying life insurance easy. It’s our job.
Get a Quote