Ex- or Current Smoker Looking For The Best Life Insurance 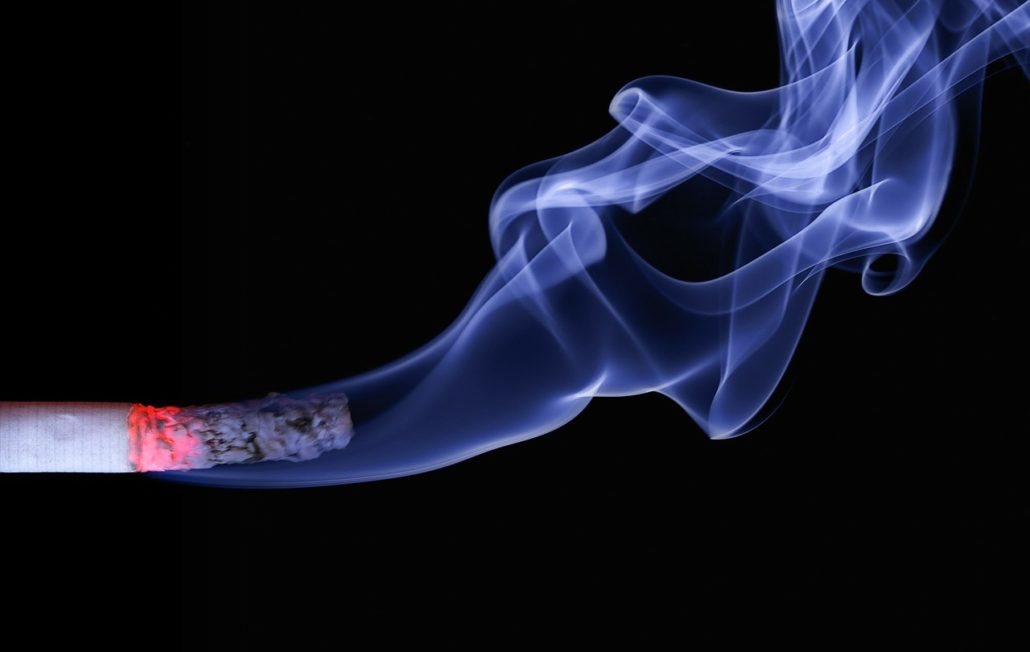 If you’re one of the millions of Americans who smoke, you probably think that affordable life insurance is not an option for you. While it’s true that people who smoke usually pay more for life insurance, with a little effort, you can find a policy that not only will fit your lifestyle but also your budget.

What is life insurance for smokers?

Life insurance companies typically classify you as a smoker (tobacco rates) if you are either a current smoker or have quit less than 12 months ago.

Our Agents Are Experts in Getting The Best Price Possible.

How long do I have to quit before I can get non-smoker rates?

Many insurance companies classify you as a non-smoker (non-tobacco) after 12 months of quitting.

First of all, let’s take a quick look at the tobacco industry in general.

Tobacco industry revenue is over $664 billion. That’s more than the gross domestic product of all but 18 nations.

And although U.S. tobacco production has decreased significantly since the 1980s (from nearly 180,000 tobacco-growing farms to about 10,000 in 2012), the U.S. continues to be a leading producer of tobacco leaves. The United States is the fourth-largest tobacco-producing country in the world, behind only China, India, and Brazil.

Cigarette smoking isn’t the only form of tobacco use a life insurance provider considers when you apply for a policy. You may have to pay more for your term life insurance policy if you use other tobacco-related products, such as:

Let’s look at some of these more closely:

Cigars: This includes big cigars, little cigars, and every cigar in between, even cigarillos. About 13 billion cigars were sold in the United States in 2014. That doesn’t necessarily mean you can’t have an occasional puff if there’s a reason to celebrate. But even if you only partake a few times each year, how cigars affects your life insurance premiums will vary from one insurance company to the next. There is no set standard.

Nicotine Patches and Gum: If you are currently using a nicotine patch or if you are chewing nicotine gum, it’s fairly obvious that you are trying to kick a habit. That may seem like a point in your favor as far as determining whether you’re considered a tobacco user, but it’s actually likely to work against you as far as the insurance company is concerned. The patches and gums still deliver nicotine to the body, just like cigarettes and other tobacco products do. So, regardless of how it’s getting into your system, the nicotine can increase your risk for developing heart disease, which is something that doesn’t go over well with insurance providers.

Marijuana: Some life insurance companies are okay with marijuana use, especially if it’s for medicinal purposes. Others, not so much. In some cases, you could be denied coverage. For that reason, if you use marijuana and you want to purchase a life insurance policy, it’s best to check with a licensed agent to see if marijuana use is acceptable before submitting your application.

Part of the reason the insurance industry views marijuana use with such a varied eye is that some states have legalized it and others haven’t. And among those states that have legalized it, in some cases it’s for medicinal use only and in others it’s also legal to use marijuana for recreational purposes.

Over 20% of all deaths in the U.S. are related to tobacco use. That’s more deaths than those resulting from murder, car accidents, and HIV/AIDS combined. One person dies every 6 seconds from a tobacco-related disease. So, it’s no wonder the insurance industry is leery when it comes to insuring tobacco/nicotine users. A life insurance company is far more likely to have to pay out a benefit on a policy for a tobacco user — and much earlier than they’d have to on policies for non-tobacco users.

This is why people who smoke (or use other tobacco products) usually have to pay higher life insurance premiums. If you smoke or use other tobacco-related products, we recommend that you to shop around to find the best policy for your particular situation. Many factors are involved, so it would be to your benefit to work with a licensed agent who deals with these issues on a daily basis.

As a note of encouragement, just because you’re currently labeled as a “smoker” or a “tobacco user,” it doesn’t mean you’ll have to pay higher premiums forever. In fact, let’s say you quit using tobacco-related products for a year. You could then take a medical exam or a blood, saliva, or urine test to confirm your new status. It’s possible that the insurance company would re-evaluate your situation and lower your premium payments.

Questions You Will Have to Answer

One of the first questions you’ll be asked when applying for life insurance is about your tobacco/nicotine use. Are you a current user? Did you quit within the past year? Maybe you stopped several years ago.

Some providers will charge more for a life insurance policy if you admit to using any tobacco-related product — past or present. Maybe you stopped 6 months ago. Maybe it’s been a full year. Some insurance companies will require you to be free from having used any tobacco-related product for as long as 5 years before they’ll give you a “non-smoker” rate.

The timing matters in the eyes of the insurance company, but to what extent will vary from one insurer to another. That’s why it pays to do some research and shop around for the best policy.

Make sure you are honest about your tobacco use on your life insurance application. Lying is not only considered fraud, but the truth will eventually come out if you take a medical exam, since it will likely include blood, saliva, and/or urine tests. Nicotine/ Cotinine and other tobacco-related substances could take days, and maybe even weeks or longer, to be eliminated from your system. It really depends on how much you’ve used and how long you’ve been using it.

The end result for you? Best-case scenario, no-exam policy — which probably sounds like a good idea if you’re a smoker or if you use tobacco-related products — you can avoid the testing, but it will likely be more expensive. Why? Because the insurance company doesn’t know much about your health, so issuing a no exam policy puts them at greater risk. They cover those risks by charging higher premiums.

As a smoker or tobacco user, you have a variety of options available when it comes to selecting the best and most affordable term life insurance policy for your given situation. Finding the right one requires some time and effort, but it’s worth it. The problem is, you may not have the time.

We will work with you to do that research and help you find the best policy. You won’t have to randomly search the internet hoping to find your best solution, or what you think is your best solution. We don’t just compare rates. We get you insured. And nobody is quicker than True Blue. Our business model is built on providing instant life insurance rates and using technology to get policies issued with no wasted time.

A licensed True Blue Life Insurance agent can help you. Just call 1-866-816-2100 and ask how you can purchase the best life insurance policy for you. There is affordable life insurance for smokers and tobacco users.

7 Ways Life Insurance Will Not Pay Out
Scroll to top
The time to get insured is now!
We make buying life insurance easy. It’s our job.
Get a Quote